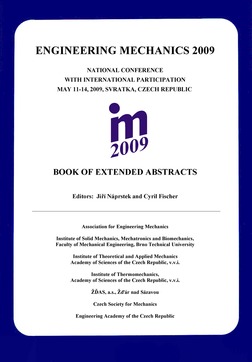 This paper deals with the problem of the reinforced concrete wall resistance under influence of extreme load from above- ground explosion. There is considered blast load from the explosion of 1000kg TNT at 30m distanc from the building. The response of concrete under shock load is a comlex nonlinear and rate-depend process. For this problem is considered William-Warnke failure criterion and smeared approach for crack and reinforced modeling.