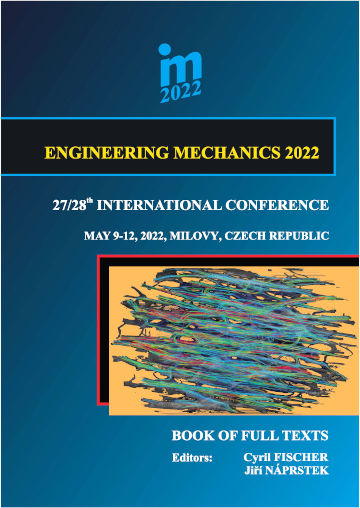 Copyright © 2022 Institute of Theoretical and Applied Mechanics of the Czech Academy of Sciences, Prague

The prediction of the collapse load (limit load) of a structure made of a material exhibiting elasticplastic behavior is often of practical interest. The standard approach to obtain such collapse loads is based on iterative calculation schemes using classical nonlinear finite element methods. However, as an alternative approach the so-called finite-element-based limit analysis (FELA) can be applied. This approach is based on plastic limit theorems, first formulated by A. A. Gvozdev in 1936, and later independently by D. C. Drucker in 1952. Thereby, the collapse load is obtained as the minimum of a certain convex optimization problem, either considering kinematically compatible velocity fields (upper bound approach) or statically admissible stress fields (lower bound approach) within the structure, at the time instant of collapse. Thus, the whole load history does not need to be taken into account, resulting in a stable and numerically efficient approach compared to the standard scheme based on classical finite element formulations.
The two significant disadvantages of the FELA method (the assumption of geometrical linearity and ideal plasticity) can be overcome by the so-called sequential finite-element-based limit analysis (SFELA). Thereby, the FELA method is called repeatedly, where the geometry and the plastic strain is updated after each iteration. A phenomenon which influences the collapse load of wooden structures is softening. Incorporation of softening in the framework of the SFELA has its limits however. Discussion of these limits and comparison with the so-called extended formulation of the FELA is provided. The capability of the FELA and SFELA methods is demonstrated on several numerical examples.

Ownership of copyright in original research articles remains with the Authors, and provided that, when reproducing parts of the contribution, the Authors acknowledge and/or reference the Proceedings, the Authors do not need to seek permission for re-use of their material.